The Venezuelan Diaspora: Evidence from the Peruvian Labor Market

This paper studies the unprecedented inflow of Venezuelan immigrants to Peru with a particular focus on Peruvian-born employment and wages. The Peruvian labor market's main features are (1) a large informal sector with only 28% of workers covered by employer health insurance, and (2) a relatively low-skilled workforce, two-thirds of whom have obtained a high school degree or less.  By December 2018, Peru received more than 870,000 Venezuelan immigrants, most of whom arrived between 2017 and 2018, and approximately 85% of the immigrants settled in Lima and Callao provinces, the largest metropolitan area in Peru. This immigrant influx represents an 8.3% increase in the 2017 population in Lima and Callao. I study the impact of the net inflow of immigrants in Lima and Callao between 2014 and 2018 using a difference-in-difference approach at the neighborhood level. Findings show that high-immigration neighborhoods have, on average, 2 percentage points higher employment and 2% less weekly wages than low-immigration areas after 2017. These effects on Peruvian labor market outcomes are driven by the formal sector, and primarily affect low-skilled Peruvians. The results imply that the immigration shock did not crowd-out Peruvian-born employment, nor the less skilled workers which usually are also constrained by the minimum wage policy. I suggest that the Lima-Callao metropolitan area absorbed the 7.5% labor supply increase between 2017 and 2018. 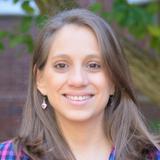 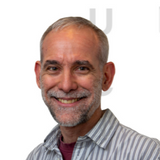